How would an AEC firm start planning for the future? This was a question that one of my consulting clients, a mid-sized engineering company, asked me a few years ago. What I suggested was a scenario process.

The business environment of my client was full of opportunities, but also insecure. They wanted to understand what choices they had and then create a new vision for the company based on those choices. After the vision process they would update their business strategy accordingly.

I started thinking about the possible methodologies and tools that I could use in their case. I chose scenario work as a foundation for the process. Scenarios are ‘possible futures’, not exact forecasts. They enable the company to understand the forces that could shape their business environment.  They also allow the company to assess how well their strategy would perform under different circumstances. 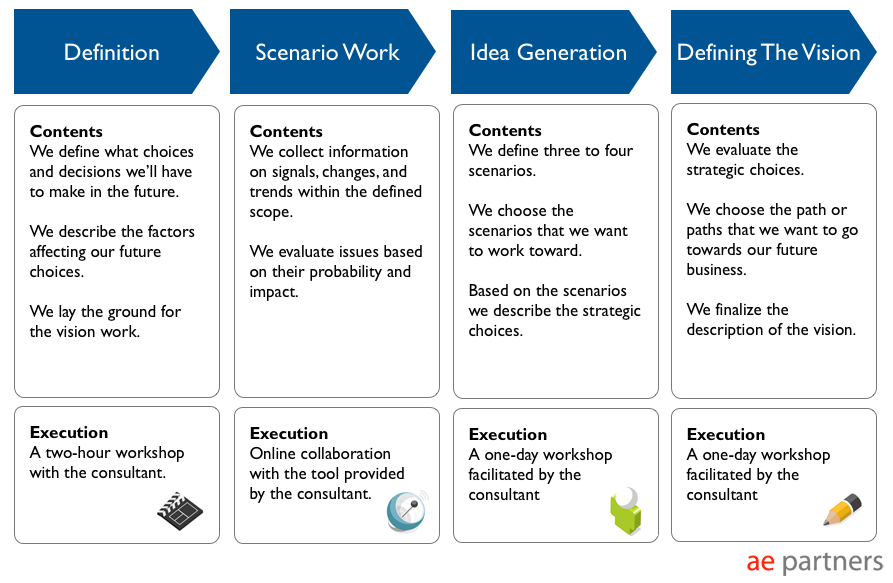 I made a short, visual presentation of the four-step vision process:

At the kick-off I made a mind map of the important issues we would have to cover during the process. Before the meeting I had defined the basic structure of the map and we added new branches aswe moved on.  The root branches had the following titles: Starting points, Scope, Areas of the scenarios, Strategic questions.

Collecting the elements of the future

I decided to use an online tool for collecting the information on trends, weak signals and change indicators from the management team. The participants could share issues and comment on them. The issues became the building blocks of the scenarios.

Finally we had almost a hundred issues organized under ten topics. We could have evaluated the issues online, but we decided to do that in a two-hour evaluation workshop. Through discussion and using an evaluation framework we assessed the issues based on their impact and certainty. 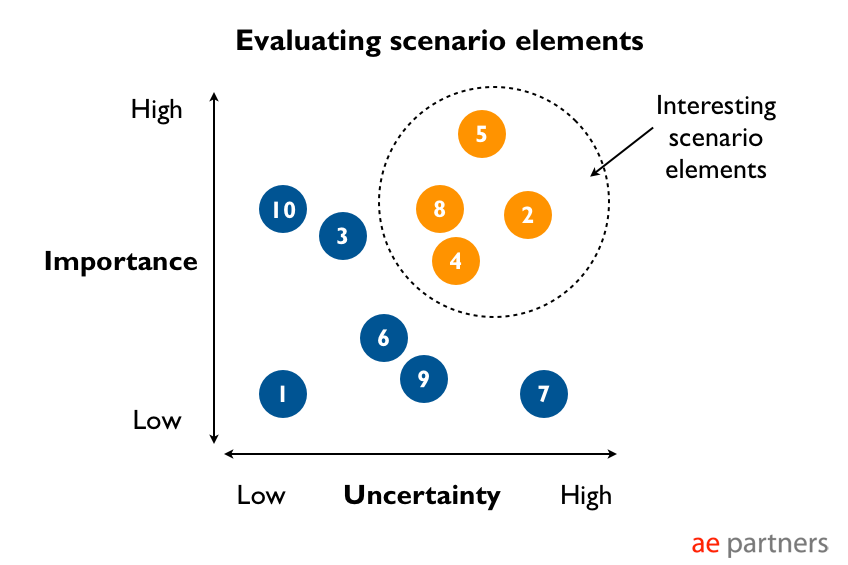 Finally, we chose two issues that were most crucial. They were about how the clients of the company would behave in the future. The management team felt that as an engineering company their clients’ strategies would be the decisive drivers in the future.

As the issues would be influential, but highly uncertain, their opposites would also be possible. Now we had two issues, with two counter-issues that we could present as a quadrant diagram. Each one of the four quadrants presented a separate scenario. 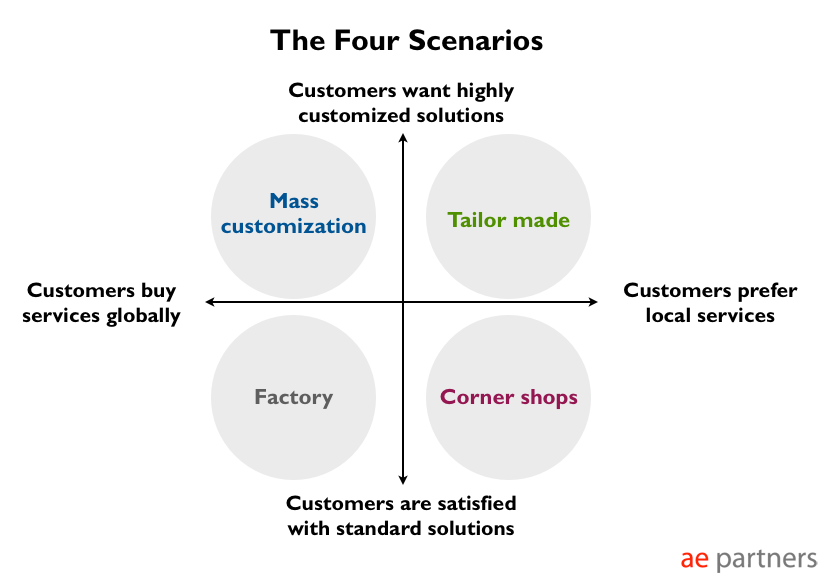 We combined the scenario building workshop and vision workshop in a two-day event with the management team. We discussed how the rest of the issues we had earlier collected would behave in the scenarios. We also identified what would be the success factors and threats of an engineering company in different scenarios. In addition, we came up with indicators that would signal that a certain scenario is starting to realize.

Now that we had a number of indicators, consequences and success factors, the management team started to build their vision; what would they want to be and have in five years’ time?

The team chose two scenarios as a starting point, and built the vision from the opportunities and challenges in those visions.

The vision of the company presented:

After the vision process the company had a good basis for defining their strategy, in other words ‘how to get there’.