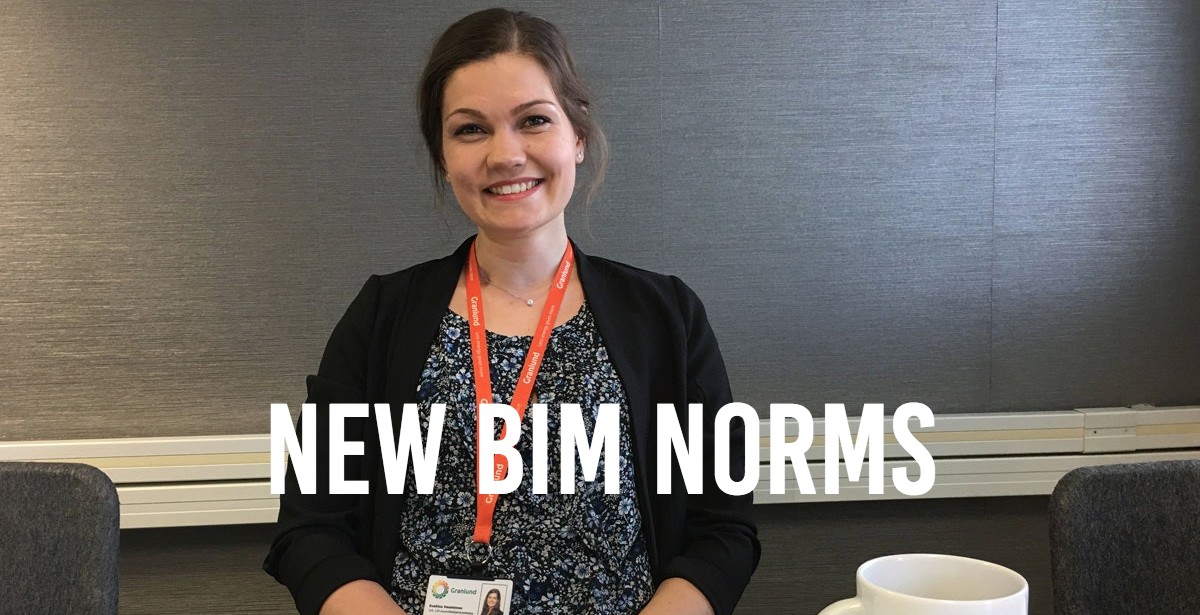 BuildingSMART Finland is supplementing building information modeling (BIM) guidelines in a national standardization project, as a part of the KIRA-digi program. In her Master’s thesis, Eveliina Vesalainen, of Granlund, has compared European BIM classifications for mechanical, electrical, and plumbing (MEP) design. Her study is the groundwork for the upcoming Finnish norms.

“I’m a 26-year-old, soon to be Master of Science, and I come from Mäntsälä. I live in Helsinki and work at Granlund, a leading Finnish MEP consultancy,” Eveliina explains. She has a bachelor’s degree in environmental engineering, but became interested in MEP by chance.

Eveliina was an intern at a company that imports heat pumps. The job was inspiring and acquainted her with a new industry: “I grew an interest in MEP technology, although I originally knew almost nothing about it. I became aware of MEP being present in many areas, such as energy, environment, and software.”

It was clear to Eveliina that she wanted to take her energy-related studies further. Her initial thought was to start Master’s studies in environmental engineering, in Tampere. However, she decided to apply for Aalto University. To her great pleasure, she was admitted.

The university did not offer much for a BIM enthusiast

Eveliina had several ideas concerning the subject matter of the Master’s thesis – one of them was improving the use of building information models in contracting. “At the time, I didn’t have a comprehensive picture of BIM, but I imagined that it is not fully utilized in the building life cycle,” Eveliina recalls.

Tero Järvinen, of Granlund, suggested that Eveliina would approach the subject through classifications. “I started at Granlund as an intern in the summer of 2016. Finding a topic for my thesis was easy and they were very flexible about the arrangements.”

Eveliina is disappointed at the amount of BIM education the university offers. “At least during the Master’s studies, BIM education was nonexistent. Overall, there was very little training in MEP design. I took one design course worth three credits. I wish there had been more.” In the new study program, the amount of MEP design has been increased. There are now two courses worth five credits each.

Eveliina’s Master’s thesis is now in the home stretch. There are still some final touches to make, modifying the abstract and writing summaries. “I believe I’ll graduate in August,” Eveliina anticipates. “This has been an awesome subject matter and it has been great to be able to do something new. I think this thesis might prove useful!”

Comparing classifications and picking up the best parts

Eveliina commenced work by searching online for information on MEP classifications. “The Framework for Classification of Information (ISO 12006-2:2015) has been the foundation for the development of built environment classification systems. In some countries, completely new BIM classifications have been created based on it.”

Over the last few years, there have been several European projects for improving BIM management and information exchange – naming conventions have been in the very core of these projects. “In Great Britain, a huge body of work has been done under governmental guidance. In Sweden, the same has taken place, although in a smaller scale,” Eveliina remarks.

The result: a comparison of classifications and standardized MEP attributes

“My Master’s thesis has two main outcomes. The first one it the comparison of classifications. I compare them and suggest which parts we should use here in Finland,” says Eveliina. She mentions the Danish Cuneco Classification System (CCS) and Swedish CoClass as the most useful for us.

“The other outcome of my thesis is the standardization of the MEP BIM information content,” Eveliina continues. In practice, it’s about naming the attributes of the model’s objects. “Today, every design firm outputs their own variety of BIM. They use different names for the same things.”

Eveliina has presented two so-called use cases for the classification. The first one defines the entry level; the minimum contents of a building information model. The second one constitutes a higher-level model, which is more versatile. In the future, more use cases must be made, e.g. for the bill of materials.

“The objective is a standardized, machine-readable model. That way the same definitions won’t have to be made time after time in every project,” Eveliina asserts.

The MEP group of buildingSMART Finland has been actively supporting the work. The group includes designers, suppliers, contractors, and clients. “I’m most thankful for all the feedback and support that they have provided during the work. The result will be really good!” Eveliina acclaims.

Eveliina will continue augmenting the classification after the thesis is ready. “We’ll try to complement the material gradually and promote the idea and practice to the industry. We don’t want to put every use case forward at once.”

“I’ll continue at Granlund as a designer. It is wonderful to be able to devote yourself 100% to something other than school stuff!” Eveliina concludes enthusiastically.

This interview by Aarni Heiskanen was originally published at buildingsmart.fi. 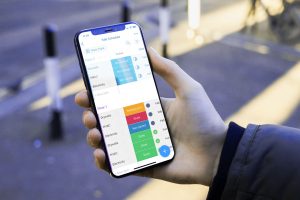 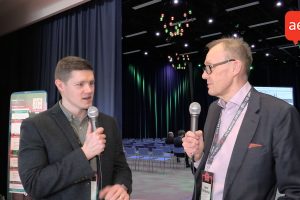 An Interview with Fred Mills of The B1M

The Need for Situational Awareness in Construction

Aarni Heiskanen, Communication Strategist, is hailed as a Top 100 influencer in construction. Aarni has been a pioneer in computer-aided design, he has co-founded a business software company, and worked as a certified management consultant. At present, he runs AE Partners, a communication firm. Aarni holds a master's degree in architecture.

Check Out our Sponsor!

monday.com is a cloud-based Work OS, where teams create workflow apps in minutes to run their processes, projects, and everyday work.

Keep tabs on what’s happening in AEC tech and innovation. Subscribe to the monthly newsletter!