Tampere is a growing city in southern Finland. Its metropolitan area has a population of over 330,000. To future-proof the city’s transportation capabilities and increase the city’s appeal for both residents and non-residents, Tampere has decided to build a modern tramway system. BIM is an essential technology in the design and construction of the new tramway.

Tampere’s tramway construction started in early 2017. The first of the two phases, which will be completed in 2021, consists of building a 15-kilometer line with two branches.

To make the tramway a reality, the city formed an alliance with YIT Construction Services, VR Track Oy, and Pöyry Finland Oy. The idea of the alliance is for the members to work in close collaboration toward the common goal, unrestrained by organizational boundaries.

The alliance members share physical space under the same roof in the Big Room. Digitally, they share BIM models and documents. The alliance started using BIM during the pre-design phase in 2016, creating an initial data model as a basis for the design.

The IM Coordinator of the city Janne Lindberg says, “The decision to use BIM in the project was a good starting point. However, it’s clear that there are certain challenges in agreeing on how to use information systems collaboratively.” Marion Schenkwein, Development Manager at VR Track, emphasizes the importance of planning BIM implementation together with technical experts. “An alliance project offers more opportunities to derive value from information modeling than a traditional one.”

The tramway construction has been divided into five blocks or sites. Antti Kiviniemi, Street and Tramway Design Engineer at VR Track, explains that a slightly different collection of models has been prepared for each block. “In my block, number 3, everything is modeled: structures, pipes, cables, trail foundations, staircase, bridges, and so on.”

The project uses a national standard, the infraModel format, to combine models from different systems. This allows, for example, clash detection and automated machine control at the construction site. 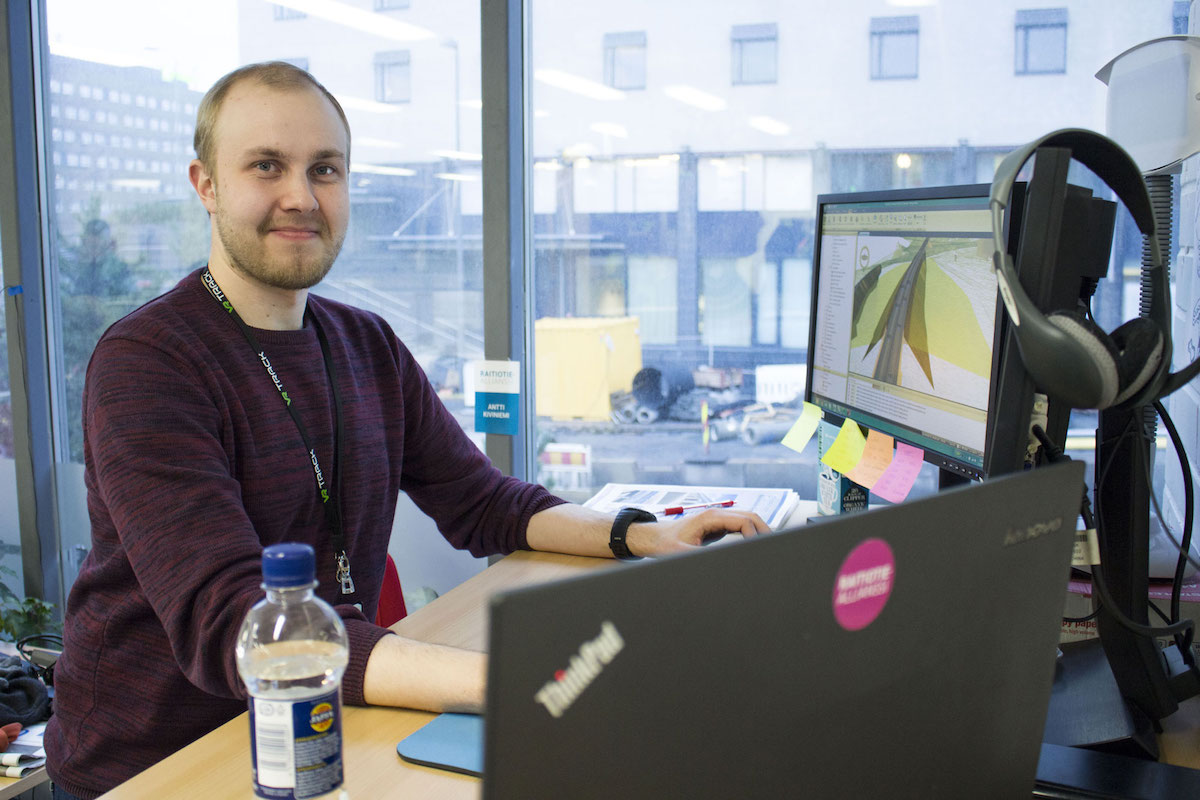 “One of the most important roles of BIM during construction is in machine control. According to a number of studies it creates the biggest direct savings,” say Marion Schenkwein. The contractors download the latest design models and use the data to control excavators and other machines automatically.

The project uses Infrakit, a cloud service, to share data between project participants and people at the construction site. “I’ve visited the construction site to learn how machine operators use our data. They’ve shared insights on how the models would best serve their needs and that has been very helpful for me,” says Kiviniemi. Overall, he says that the alliance project has taught him a great deal about what to model and how detailed the information should be.

Antti Kiviniemi says that modeling has taken huge steps in the last two years: “We no longer design first in 2D and only then build a model from the drawings. Now, we design directly in models.” Project schedules are very tight, and the streamlined process enables designers to accomplish more work in each day.

Models are also useful in meetings and public presentations. “It’s easy to show on the model how certain structures fit together,” Kiviniemi says. “Especially when communicating with the public, 3D representations beat technical drawings that are hard to figure out for a layperson.”

One of the challenges in building on existing streets is to map the underground installations already present. Not even the operators of the infrastructure can provide exact data, let alone the 3D models. That’s why the city is keen on having the as-built models of each block of the tramway for future use once they’re completed.

The use of open BIM standards is essential to the city. “Common norms and standards within the alliance and the industry at large make us confident that the data will keep on helping the city in the coming years,” says Janne Lindberg.