Participants can comment on the 3D plans directly in the city model. The 3D app is integrated with Facebook, which enables further conversation. 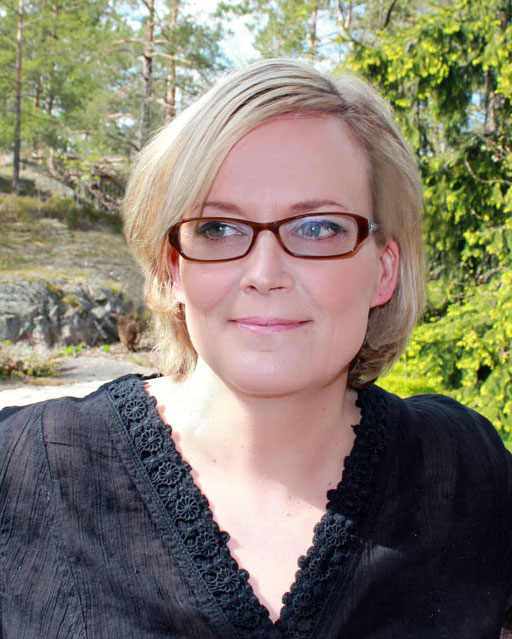 Päivi Tiihonen is the manager of the information services unit of the city’s technical and environmental sector. The city started building a browser-based 3D city model when Tiihonen assumed her position in 2014.

During the last three years, the city has started experimenting with how to connect models with web-based city development processes. Tiihonen has initiated three government-supported KIRA-digi experimentation projects to accomplish the task.

Before starting at the city of Hyvinkää, Tiihonen had worked on numerous GIS and IT projects. In addition, she had produced several multimedia products for consumers.

“I’m enthusiastic about developing IT applications for consumers and citizens so that we can reach and engage them,” Tiihonen says.  “That’s why we wanted to make 3D city models easily accessible using a Web browser as the interface.”

The first KIRA-digi experiment in 2016 was built for an architectural competition to design a residential development project. It allowed both the jury and residents to study and comment on the competition entries in a realistic 3D environment – anywhere, anytime – using only a web browser.

Hyvinkää’s second KIRA-digi experiment combines and extends the results of its previous project. It focuses on using 3D models for collaborative urban development.

“My initial idea was inspired by the augmented reality of Pokémon GO. As a citizen, you could walk around the town and, with your mobile phone, see how a particular place might look in the future,” Tiihonen describes.

Both city employees and private enterprises develop building plans for the city. It is also important to consider the opinions and ideas of the citizens. Tiihonen wanted to give every party involved an opportunity to present their plans, ideas, and comments in the 3D model. She contacted Annukka Lehtonen, the business director of Hyvinkää; Anitta Ojanen, the city planning manager; and Petri Kokko, CEO of Sova3D. Together, they devised the second experiment, “Browser-Based 3D City Model for Collaborative Urban Planning.”

The project aims to offer a user-friendly, visually striking solution that can serve the city’s own organizations, private companies, and residents. Based on feedback from users, the project has, so far, reached its goals.

The 3D browser interface with the 3D city model is intuitive. You can move around in the model with a mouse or search for a street address. You can choose the information you want to see in the model.

On the ground level, you can choose between the city plan, an aerial photo, or a street or geographic map. Turning on “vegetation” shows trees and other vegetation that look quite realistic because they have been generated from the point cloud data. You can also simulate how buildings cast shadows at a selected time of a chosen day.

In the second part of the 3D application you can view proposed buildings in the city model. Three companies, Rentto, Kallioinen Yhtiöt, and BRA Kiinteistöt, agreed to publish their BIM models of their plans in the city model. In addition, several actual city planning projects were included.

Everyone can see the planned buildings in 3D, comment on the projects by adding speech bubbles in the 3D model, and “like” the comments. The models are connected to a Facebook page where visitors can continue the conversation.

The latest feature of the 3D application gives planning power to the residents. Using simple tools, they can draw their own ideas for city development. They can add and edit simple building blocks, text, and hyperlinks. There’s even a command to remove existing buildings. This, of course, is not part of official city planning. However, it reflects the wants and wishes of the residents and could potentially have an effect on future plans.

The experiment phase will last until the end of the year. The city will keep the developed 3D application online and is planning to extend the geographic area of the application. An interesting planned feature is the visualization of the building volumes that are permitted by the city plan but not yet built.

“My initial idea of seeing the future view of a particular location in the city on a mobile device is materializing as the last part of the project,” Tiihonen says. “Sova3D and Playsign are collaborating to display as-designed models using augmented reality technology.”

Hyvinkää has published a 3D as-built model of the city on the internet. It is a combination of classified point cloud data and automatically vectorized building objects. Wall facades of the vectorized buildings have been processed automatically using oblique aerial photos, and the terrain model image draping and textures of the roofs of the buildings have been produced using orthophotos. Terrasolid, a Finnish point cloud software company, did the processing last year as a pilot project after Hyvinkää had purchased accurate aerial photographs.

“Even though our city model is very accurate and looks good from a bird’s eye view, we noticed that it was not satisfactory when seen from the street level,” says Tiihonen. “The façades looked incorrect, with trees and shadows projected on the walls of the buildings.”

As a result, Tiihonen started the third KIRA-digi project in cooperation with Sova3d and Terrasolid. In this project, Hyvinkää is going to crowdsource the creation of accurate building façade textures. Residents can take photographs of buildings and send them to the city department via the 3D platform. The city will adjust and attach the photos onto the 3D model using software developed by Terrasolid.

Tiihonen envisions that in the future, the image processing will also be done automatically. Sova3D is already developing some interactive image processing tools in order to perfect the city model when at the street level. Sova3D also has plans to gamify the crowdsourcing application in some way—for example, by publishing rankings of the photographers.

The third KIRA-digi project has attracted wide interest. The cities of Järvenpää and Vantaa, and also the National Land Survey of Finland, have joined in on the project.

“Our very last aim in this project is that the textured BIM models will finally be added to the national KMTK database of the National Land Survey of Finland,” says Tiihonen.

You can explore the city model (best experienced with Chrome) at https://hyvinkaa3d.appspot.com/Map.html