Here are my latest picks on construction innovation news.

ORBA Convention: Construction firms must embrace a culture of innovation to keep up

Shoppman pointed out that, on a macro level, the construction industry has not changed much over the last 50 years, relying on the same methods to complete jobs.

“We’re not making change for change sake, but I’m sure our businesses have to evolve,” he said. He also said that we’re confusing technology and innovation and that’s a dangerous thing.

According to Hasegawa, some companies have already started to use other existing technology to improve the way they work. Drones or UAVs (Unmanned Aierial Vehicle) have made their way on to construction sites recently, mainly used to capture aerial images for progress photography. Hasegawa also says 4D modeling will become more prominent, which would be used to determine which part of a project is behind schedule, on time or ahead of schedule.

A Laing O’Rourke consortium has been awarded a £22m grant to further advance offsite manufacturing techniques and training. 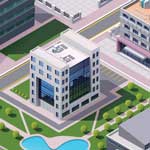 In the interview, Vincent Cable pointed out that the UK is building half the number of houses they should be. “Traditionally we have thought this is mainly a planning issue, but actually this revolution happening in industry could halve the [time taken to build houses] and cut costs by up to a third through two things. Firstly, through BIM technology, which is being developed rapidly in the UK and becoming a requirement for central government procurement next year, but [Laing O’Rourke] are pioneering and developing it. Second is through offsite manufacturing – turning [construction] into a manufacturing process, a different kind of business model altogether.”

Ray O’Rourke agreed. “We will then be an attractive industry to engage with for a lot of young people, who today are probably not minded to come to our industry – both male and female. There is a huge opportunity for change. In the 2025 strategy we’re being asked to improve productivity by 50 per cent.”

To the reporter’s question on how much O’Rourke is going to share their learning, Ray O’Rourke responded, ” We are completely open; we are not at all guarded about what we’re doing. We don’t think it’s particularly special; we think it’s the way it should be. What keeps our competitive juices going is that we’ll have to move to the next iteration to stay ahead.” 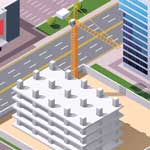 Energy Minister Matt Hancock officially opened the Construction Skills and Innovation Centre which replicates a real life construction site, with industry-standard plant, machinery and equipment. A new centre at Bridgwater College has been described as a ‘one stop shop’ to boost jobs in the area.

The Construction Skills and Innovation Centre is the result of a £1.5million investment from EDF Energy and offers a new civil engineering curriculum including training in excavation, ground works, concrete pouring, formwork and steel .

“Arup and GXN Innovation have been awarded with the JEC Innovation Award 2015 in the construction category for their development of the world’s first self-supporting biocomposite facade panel. Developed as part of the €7.7 million EU-funded BioBuild program, the design reduces the embodied energy of facade systems by 50% compared to traditional systems with no extra cost in construction.”

“The 4-by-2.3 meter panel is made from flax fabric and bio-derived resin. Intended primarily for commercial offices, the glazing unit features a parametrically-derived faceted design, and comes prefabricated ready for installation. The panel is also designed to be easy to disassemble, making it simple to recycle at the end of its life.”