Anders Hvid is a Danish consultant, speaker, and author. He talks about digital disruption, exponential acceleration, and paradigm shifts that are taking place in a world that is moving from local and linear into global and exponential.

“I have a background in social studies. My interest is in humans, and systems in which they work together. I’ve always had a deep fascination with technology and how it influences our society, our jobs, our democracies, and systems,” Anders says. He visited Singularity University back in 2010, and that experience made a lasting impression on him. “It freaked me out, to be honest, and it opened my eyes to how important technology is.”

We need to discuss technology

Anders realized that the changes that converging technologies impose on us are too important to be left to a group of engineers or tech experts. As an example, with smartphones and constant connectivity, we’ve given up our privacy without much discussion.

Anders saw the need for public debate, and being a great communicator, wanted to do his part. He teamed up with Jannick B. Pedersen, and DareDisrupt was born. Over the last four years, they’ve done over 300 talks in over ten countries. They’ve been talking to the financial sector, industry representatives, unions, the public sector, and so on.

Jannick and Anders wrote a book, Face the Future, to educate and empower people. The book’s purpose is to help the reader understand what exponential acceleration in technology means and how it can impact us. 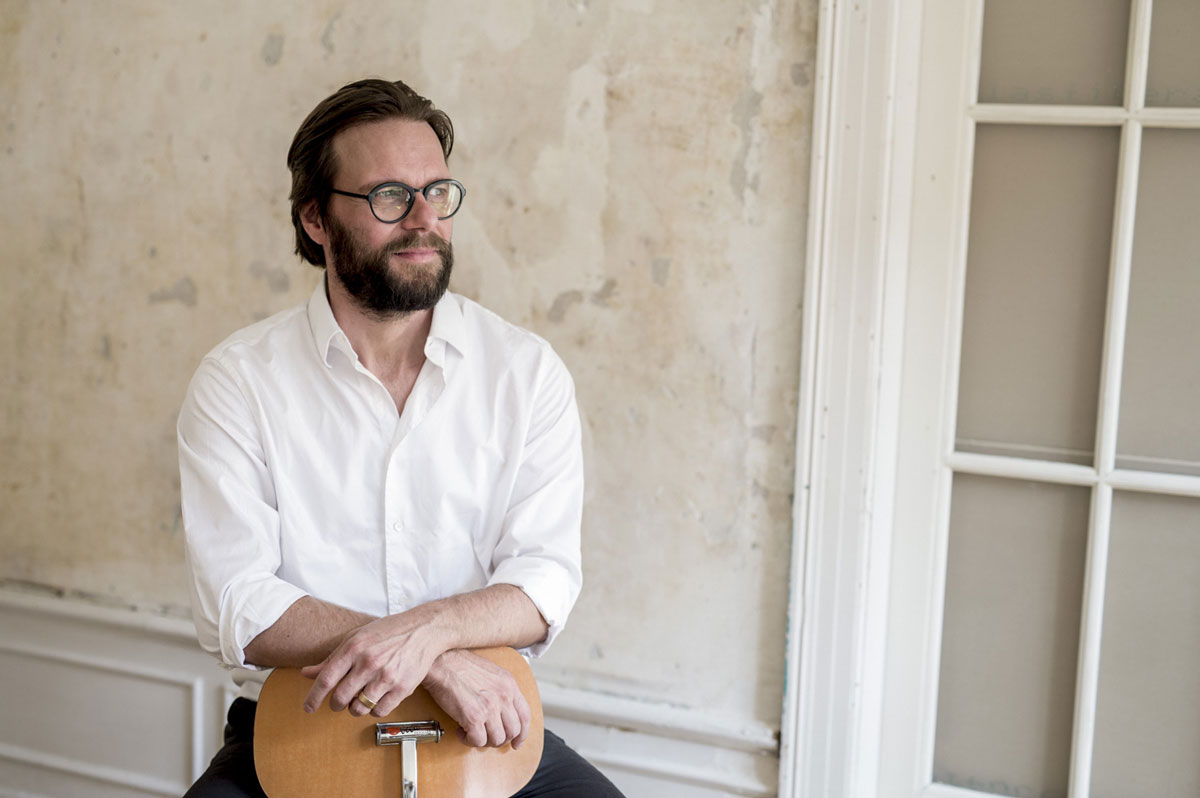 Exponential acceleration is a way to describe the rate of change we’re facing. For example, we can plot the number of bits per dollar in computer RAM (memory) as a function of time. In 1965, you got one bit for a dollar; in 2010, a dollar bought 100 million bits. That’s exponential growth with a doubling time of approximately 18 months.

“We found that people were getting the idea of the exponential future, but they wanted to know what to do about it. That was a tough question,” Anders explains. As a result, the company built an educational program, a four-day course that teaches the tools you need to become a disruptor. They also provide strategic consulting and guide clients through the process of transformation.

Anders points out that they don’t have the answers, and nobody has: “I think we’re getting to the point where we have the right questions!”

A threat or an opportunity?

Many people, even in the construction industry, feel that technologies such as robotics and machine learning will lead to a massive loss of jobs. Anders promotes the opposite—that technology creates huge new opportunities for everyone. He describes two concepts: Creative Crossings and Development Disruption.

Creative Crossings happen when two or more existing technologies cross-pollinate. Combining 3D printers with robots, and BIM with augmented reality, and using self-driving technologies for excavators, are recent examples in construction tech, even though still at prototype stage.

Development Disruption describes situations where an established trend or development path suddenly comes to an end. On-site, manual construction could, in many building types, be replaced with industrial and robotic production.

I asked Anders whether the current phase of development is too complex or unpredictable. He thinks probably not: “Technology is totally foreseeable. We can draw the curves of, for example, computational power or the price of solar energy. It takes a lot of guts to accept the exponential nature of these curves.” What is unpredictable, however, are the crossings of different technologies. Experimentation is the key to understanding these phenomena.

How to disrupt your own business

Many executives still don’t do enough to grasp the change that’s happening or take advantage of it. Companies are built around existing value creation models, and business model changes are the hardest to accept. Incremental innovation is not enough to sustain even the biggest companies in the future.

DareDisrupt has developed a five-step methodology, called The Exponential Curve Explorer, for companies to explore disruption in their business. “We want to help people let go of the now and try to create innovations on their curve,” Anders describes. “We want them to narrow in on a few interesting technologies that will either constitute the foundation of their products, or will be converging with their products.” They extend the technology curve exponentially and try to think about what the technology will do in five or ten years’ time. That leads to the question, “What innovations can we create based on such capabilities?” From there, the company thinks backward: what should they do today to achieve their vision.

Anders was recently in Finland and heard Nokia’s chairman, Risto Siilasmaa, talk on stage at the CTO Forum. “He could have talked about many topics, but he chose machine learning. He said to the CTOs of big companies that this is the thing you have to learn.” He has already taken three online classes in machine learning. “This is how education has changed. We don’t have to go back to school; we can learn online. There are tons of opportunities for everyone to access, learn, and train themselves. There’s no excuse. We have to be curious again.”