Helsinki Airport is arguably one of the best in the world. Thanks to its perfect location between Asia and Europe, it’s becoming an ever-more-popular hub. I interviewed Finavia’s Design Manager, Kari Ristolainen, about the airport’s development program and how building information modeling (BIM) is essential to its success.

On my way to Finavia’s project office, I walked by the newly opened South Pier. The construction company’s blue site cabins were still there, but inside, the terminal seemed fully operational. The South Pier is the latest addition in the development program that started in 2014. Of the 21 airports that Finavia has in Finland, Helsinki is the crown jewel. The €900 million expansion and renovation program will eventually double the airport’s capacity.

In 2014, Finavia chose Lemminkäinen as the project management contractor for the terminal expansion. Destia is the partner in the alliance for extending the airport apron. PES Architects continues as the principal designer, while other designers include Sweco Structures, Granlund, and SITO.

The first of the existing terminals was built in the early 1960s. New terminals for domestic and international flights followed in the 1980s and 1990s. I was one of the architects on the team that designed the building known today as Terminal 1.

“When I joined Finavia in 2014, the number of passengers was around 15 million annually. I was told that it would grow by one million each year. However, the annual growth has not been 5, but 8 to 10 percent. We’re already reaching 18.5 million, and it seems that we’ll break 20 million in 2019,” Kari explains. “This accelerates the need to build more space proactively.”

Having sufficient space is not the only driver. “We invest as much as possible in the comfort of the passenger. We want to make everything easy and alleviate the stress of air travel.”

Helsinki Airport is promoting itself as a hub that connects Asia with Europe. Geographically, that is an obvious strategy. So far, 50 percent of the passengers are from Finland, but transfer traffic is growing rapidly. 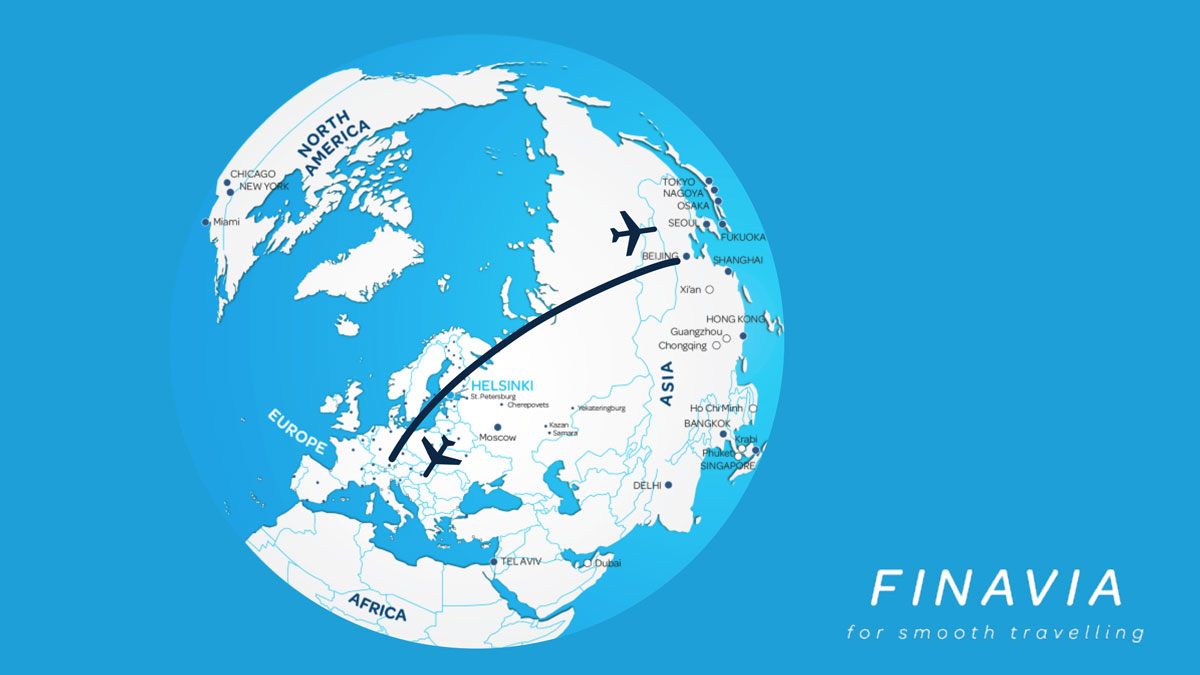 The program is a major upgrade

The terminal floor area will grow by 45 percent (130,000 square meters). About 450,000 square meters of the apron, or the aircraft parking areas and taxiways, will be renovated as well. The number of bridge gates for wide-body aircraft will be doubled from eight to 16. As a result, the airport will be able to serve 30 million passengers annually.

The program has a considerable economic impact locally. It will create 5,000 new permanent jobs in the airport area and will require 14,000 person-years during construction.

The development of the passenger experience is so essential that it has its own track in the program timeline. “We talk about the ‘gift of time’ and the ‘Finnish experience.’ We don’t want to feel like a large airport, but more like a medium-sized airport where everything is close by,” Kari explains. “We want to open up the terminal to its surroundings, so you know where you are all the time, unlike in many large terminals.”

The following illustration shows in blue the terminal extensions and their timetable. South Pier, Plaza, and West Pier will serve long-haul traffic or non-Schengen traffic. The expansion of Terminal 2 includes a new entrance and departure halls. Its design was the result of a design competition. The winning team comprised ALA Architects, HKP Architects, and Ramboll. 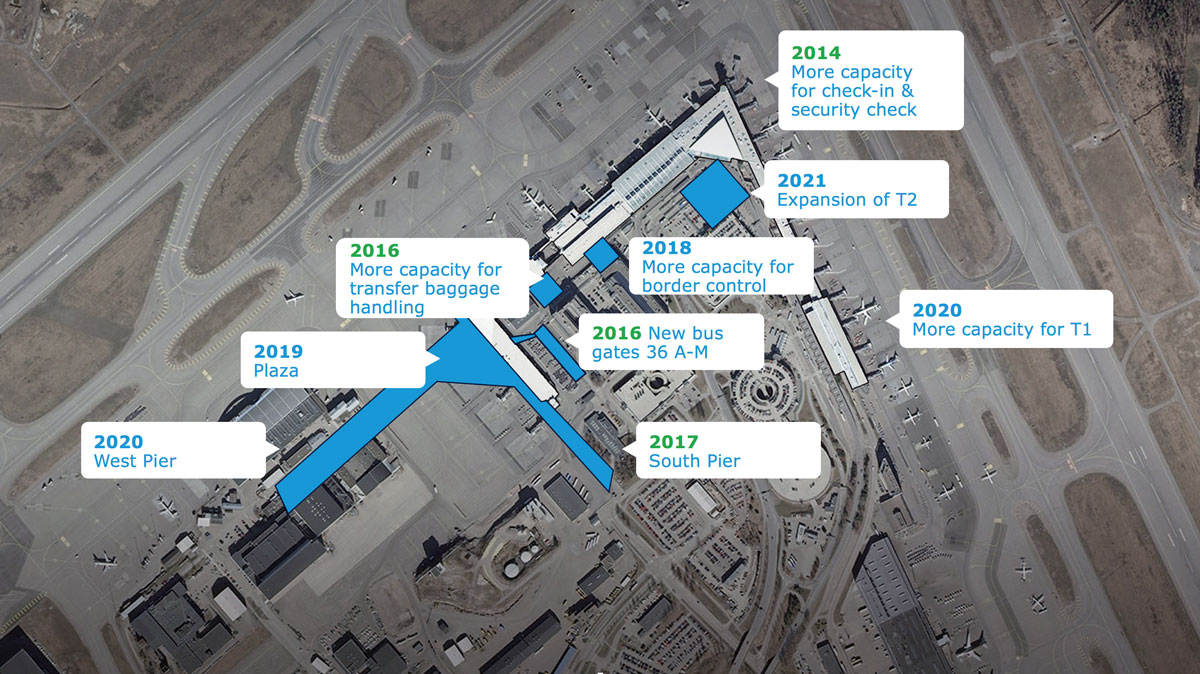 Finavia requires the use of building information modeling in construction projects. “We use BIM because the decision makers should always know what they are deciding on. Furthermore, users should be able to communicate why they want something and take responsibility for their requirements,” Kari points out. “Working with stakeholders and involving them in various phases of the project is essential.”

Many stakeholders have a say in an airport project and need to be kept informed. To this end, Finavia organizes so-called Virtual Safaris during the projects. “Many companies have offered us CAVE as the virtual reality interface. For our purposes, a large display in a conference room has proved to be the best solution. It’s easy to set up and use. We use a joystick to move around the Unity model and make observations,” says Kari.

The virtual model has also helped to improve security and the passenger experience. Kari mentioned a few examples. A security expert can place the CCTV cameras exactly where he or she wants to get the best coverage. Also, an operational expert saw during a Virtual Safari that the designed placement of lifts and escalators was not optimal from the arriving passenger’s point of view. The expert had not realized this while studying the blueprints a few months earlier. As a result, the lifts were immediately repositioned in the design.

Virtual models serve airport personnel as well. They can train themselves one or two months before the opening on how to move around and operate in the terminal. 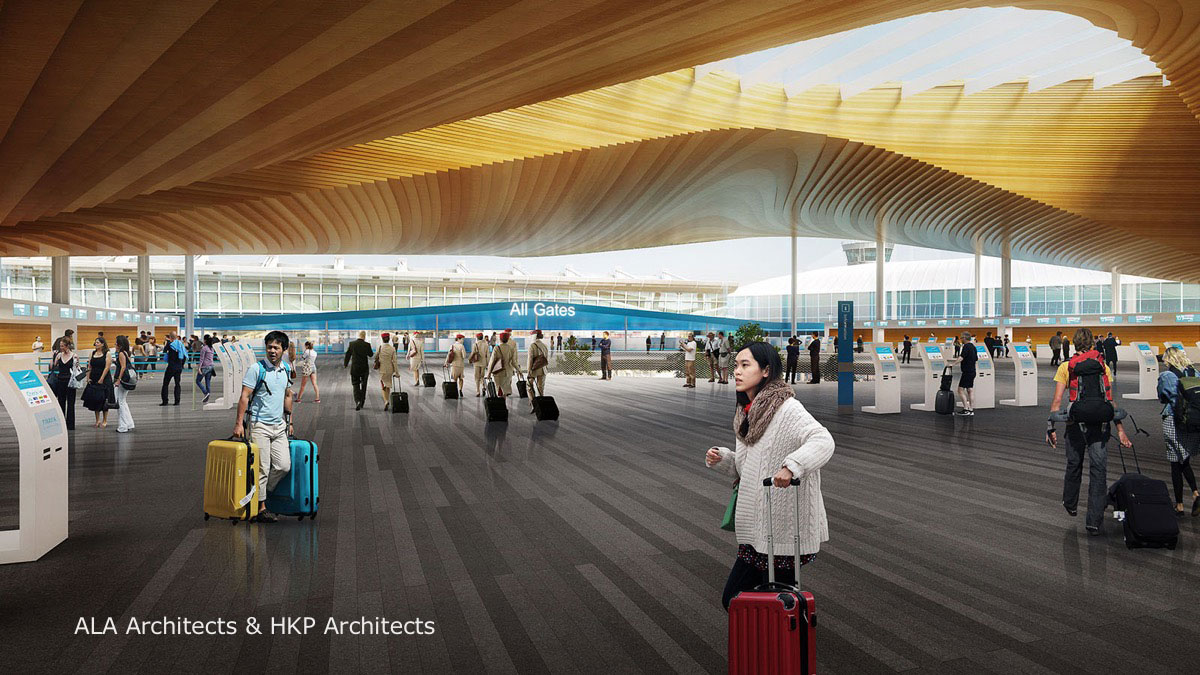 Guidelines and coordination are necessary

When I asked how Finavia has defined its BIM requirements, Kari said that they use Common BIM Requirements (Finnish YTV 2012) as the basis. To make the process run smoothly, Finavia hired a BIM coordinator, Sami Mikonheimo, from Gravicon. He’s on the construction site at least twice a week. Sami is also the “right hand” of the principal designer. He knows the project thoroughly and helps interpret how building models correspond.

Kari notes that an airport is never completely finished. Still, when a project is completed, Finavia requires that it hands over an as-built model both in native and IFC formats. Finavia is now looking for easy ways to use the data linked to a Solibri model for maintenance purposes.

Modeling has become business-as-usual at the airport. “I don’t recall any meeting in the office or at the construction site where the model would not be on display,” says Kari. “Thanks to BIM, we can anticipate what is going to be installed and taken into use at the construction site, at any given moment. So far, we’ve managed to be on schedule and budget,” Kari says. And that’s not a typical conclusion in large construction projects.

To learn more about the development program, visit Finavia.fi.

Images are courtesy and copyright of Finavia, unless stated otherwise.