There are many uses for building information models that are yet to be discovered. One Finnish team collaborated with a city and fire & rescue authority to explore how BIM would help make buildings safer.

“Imagine a fire inspector in a building with an AR headset. He can retrieve data from the building’s digital model and hence get an x-ray view of the pipes and cables behind the lowered ceiling.”

That’s a scenario that Timo Lehtoviita pictured when we discussed the experimentation project which he led at Saimia, Saimaa University of Applied Sciences.

Saimia, the city of Lappeenranta and their real estate company LATO, and the Rescue Department of South Karelia partnered in 2018 to explore the possibilities of using BIM to make buildings safer. The project, titled “Enhancing building safety using information models,” formed part of the national KIRA-digi built environment digitalization program.

From Drawings to BIMs

Digital models can contain much more information than two-dimensional drawings, including a three-dimensional representation of a building. With BIM, the authorities would get a more comprehensive view of the facility they’re inspecting or rescuing. That would save time, improve the quality of operations, and even save lives.

The city of Lappeenranta in southeastern Finland is a forerunner in utilizing building information modeling. The city has corporatized its real estate functions into LATO, which provides facilities for the city and SMEs in the area. LATO requires that all the building projects that they commission must use BIM and provide models in an open IFC format. After project completion, the models become the property of the city.

Lappeenranta offered experimentation models from three construction projects: a daycare center, a fire station, and a sports hall. The models were transferred in a vendor-neutral IFC format.

The Three Use Cases

The project studied three use cases for BIM: planning permission, inspections, and rescue operations. The last mentioned was studied at a concept level.

The benefits of BIM at the planning permission stage were obvious. The authorities need to inspect the plans to ensure they satisfy fire codes. They want to know how the building is compartmentalized, where the exits are, and where the fire protection devices are located. That’s far easier to do with a 3D model, with searchable data and physically realistic representation, than on a 2D drawing.

“The test immediately convinced the rescue authorities. From now on, they are committed to using BIM for compliancy checking in Lappeenranta,” says Lehtoviita.

Three-dimensional models also help facilitate inspections during and after construction, too. The experimenters tested the Microsoft HoloLens to visualize, in situ, how real-life and digital information can be combined and utilized.

Fires and chemical accidents are the most extreme scenarios to which BIM would add value. At the very beginning of the rescue operation, the rescuers can learn about the building, its spaces, and the placement of fire detectors, extinguishers, and other related equipment. Firefighters with AR gear are also able to navigate themselves inside the building, even in limited visibility.

In addition to the use cases, the project touched on the documentation that fire departments need in cases of emergency. In Finland, buildings with an automatic fire alarm system must provide a special document—a so-called target card—that contains a schematic plan of the building and information about the fire protection systems. The project tested how the target card could be reconfigured as a BIM model.

Building information models are created and used mainly by professionals: architects, engineers, and managers on construction sites. The user interfaces of the modeling software are intimidating for occasional users.

“Our criteria for selecting the BIM tools were that they would read IFC files, be lightweight and intuitive, and have a user interface in Finnish,” Lehtoviita points out. “As always, we did not find one tool that would be perfect in all aspects. We ended up testing Solibri Model Viewer, Trimble Connect, and Dalux Build.”

The project team soon realized that some information for rescue purposes was missing from the BIMs that they received. The national common BIM requirements used by Lappeenranta did not specify the rescue-related data adequately.

That find inspired the project participants to create an extension to the current common BIM requirements. They have shared their suggested additions with buildingSMART Finland, the organization that coordinates the updates nationally.

“We propose that all the authorities should collaborate during the planning permission process with BIM,” says Lehtoviita. “In fact, we’ve created project flowcharts showing how to do it. In all, the results of this project are a good basis for further development for cities and tech companies.”

To learn more about the project, contact Timo Lehtoviita at . 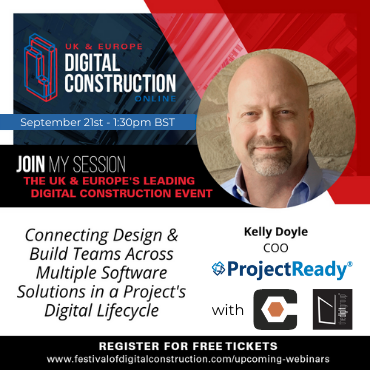