With rapid population growth and areas for businesses to operate on an affordable basis scarce to come by in modern times, the importance of continuous investment and development of our towns has been highlighted more so than ever before. For town planners, being able to identify not only certain areas of the urban area for development, but also specific uses for buildings that already exist becomes a primary concern if the country is to continue to thrive outside of the capital. 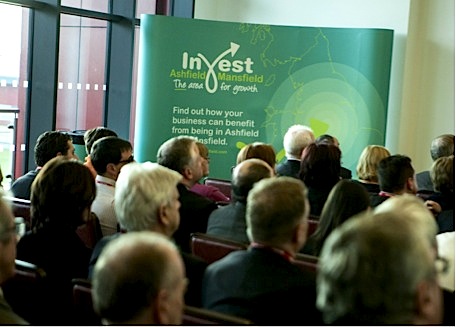 With many high streets across the country no longer operating in the same way they once did (people generally now prefer to visit out-of-town developments to do their shopping), town centres have to adapt to the changing times and evolve if they still want to be an attractive place for visitors, businesses and those who live there.

The decline in the traditional high street, with major shopping chains more commonly selecting to operate on the fringe of the urban centres means that other forms of business have seen an opportunity to use the space which has since become available.

For example, the industrial units Mansfield has dotted around the town have been boosted by a strong increase in investment in the area. It is hoped that growing the existing businesses in the town will help to attract other like-minded companies, and therefore develop strong sector-specific communities. The increased change of inter-trading between businesses is only likely to improve performance for themselves, as well as the wider economy.

Much of the major housing development around the 1970’s and early 1980’s was done to meet the growing demands at the time, and was something which was well overdue. Most of this development focused on creating affordable housing on the outskirts of existing town centres, creating sub-urban areas which are still very popular with families today. Now however, demand is once again higher than ever before, and with space limited new avenues for development need to be considered.

With town centres now consisting of many vacant ex-business premises, planners are also using the opportunities to evolve the spaces to develop a range of types of affordable housing, including apartment blocks and town houses. Being able to attract a professional/young family audience can appeal with the urban centres becoming quieter with reduced shopping traffic, as well as to those looking to be in close proximity to restaurants, bars and other amenities that have survived the downturn.

Location is more important than ever

Many of the towns that have been selected for investment and redevelopment have done so because of their excellent location. Being close to major road networks such as motorways running north to south, or west to east is a big benefit for business trade, but also for those living in the area and perhaps commuting elsewhere. Good public transport is also a necessity, and with a huge amount of investment also going into the country’s rail network, including the much-publicised HS2 project, the importance of this is only going to increase.