Finland and Estonia are Baltic sea neighbors separated by the Gulf of Finland. Over eight million travelers and 1.2 million cars travel between Helsinki and Tallinn every year by boat. However, a consortium of companies is now planning to build the Finest railway tunnel between the two countries.

The vision of such a tunnel has been around since the 1990s. In June 2016, Peter Vesterbacka, previously known as the marketer behind Rovio’s Angry Birds, made the latest endeavor public in his AEC Hackathon presentation.

Vesterbacka and Kustaa Valtonen founded Finest Bay Area Development Oy, which is now developing the project together with A-Insinöörit, Pöyry, and Fira. The private sector project is also supported by the governments of Finland and Estonia.

Timo Saanio is a specialist in underground construction at A-Insinöörit. His portfolio includes several tunnel projects and deep geological repositories for nuclear waste. He thinks that the Finest project is special in many ways: “We’re not just connecting two cities. We’re creating a new economic area, a twin city.”

Saanio says that we can actually talk about Helsinki’s southern metro line being able to take you to Tallinn in less than 30 minutes; for example, to go and have dinner, watch a hockey match, or to attend a concert.

BIM is an essential technology and process in the project. Jyrki Keinänen, the CEO and Partner of A-Insinöörit, says that BIM is vital from two points of view: design and project management.

“Come to think of it, BIM is what brought our two companies together. We first came into contact with Vesterbacka and the project in Warsaw in 2016 when we received the Tekla BIM Award for Best Public Project,” Keinänen recalls.

The Finest tunnel project is now in the regional planning stage. There are three alternative routes that the tunnel could take. New terminals and two artificial islands are included in the project.

“With its 103-kilometer span, this will be by far the longest undersea tunnel in the world. Just to study the ground conditions is much more demanding than on dry land,” says Saanio. “Following the rules and regulations of two countries can also be tricky.”

Finnish and Estonian authorities will do an environmental evaluation of all three routes in the near future. If everything goes as planned, the tunnel will open on 24 December 2024.

The tunnel is the biggest construction investment ever in Finland, with an estimated budget of EUR 15 billion. The traffic charges and the real estate development opportunities will make the investments eventually pay off. In addition, the new economic activity of the twin cities could increase Finland’s gross national product by up to two percentage points.

BIM for Design and Management

The totality of designing the tunnel, managing the land masses, creating the islands, and constructing the buildings constitute a huge project. That’s why the planning of the project itself is a critical task. Another essential exercise is to create a risk management plan that satisfies the investors and international banks.

“We have already set up a big room equipped with a Cave for the project,” Keinänen describes. “Another Cave will be sited in Estonia. We’ll make a digital twin of the project by combining the BIMs of all the design disciplines together.”

The Cave technology makes it possible to do visual simulations during the design phase. A-Insinöörit plans to use the Cave for test driving the trains, examining the safety functions, and for decision-making in general.

“In this project, the client requires us to use the latest technologies and methods. We even have a project innovation manager,” Keinänen explains.

A-Insinöörit is developing new project management software for large ventures. It is based on visual project management. It can predict more accurately than any other existing system what will happen in a project. “We employ lessons that we learned, among others, at the particularly successful design of the Tampere Road Tunnel,” says Saanio.

Saanio reminds how BIM is much more than just 3D modeling. Designers have to exchange object data between systems and output it into calculation software. They also want to use open geographic data provided by cities and governmental organizations. Information should flow without friction between parties and systems, which still needs improvement.

Keinänen envisions a future where BIM can be used for construction management, logistics, site safety, risk management, training, and so on. Once the as-built model is complete and optimized for operations and maintenance, it can be handed over to the owner. The design team can continue to serve the owner after project completion and can update the digital twin while doing it.

“To make all this happen, the project management team must be able to define, from the get-go, the data requirements for each party. We will use building and infrastructure construction software side by side and we must make them to work together, which is a challenge” Keinänen admits.

“The models will be huge. Our dream system would be a Google-like service that would allow anybody to search and retrieve granular data from the digital twin, quickly and easily.”

The title photo is courtesy of A-Insinöörit 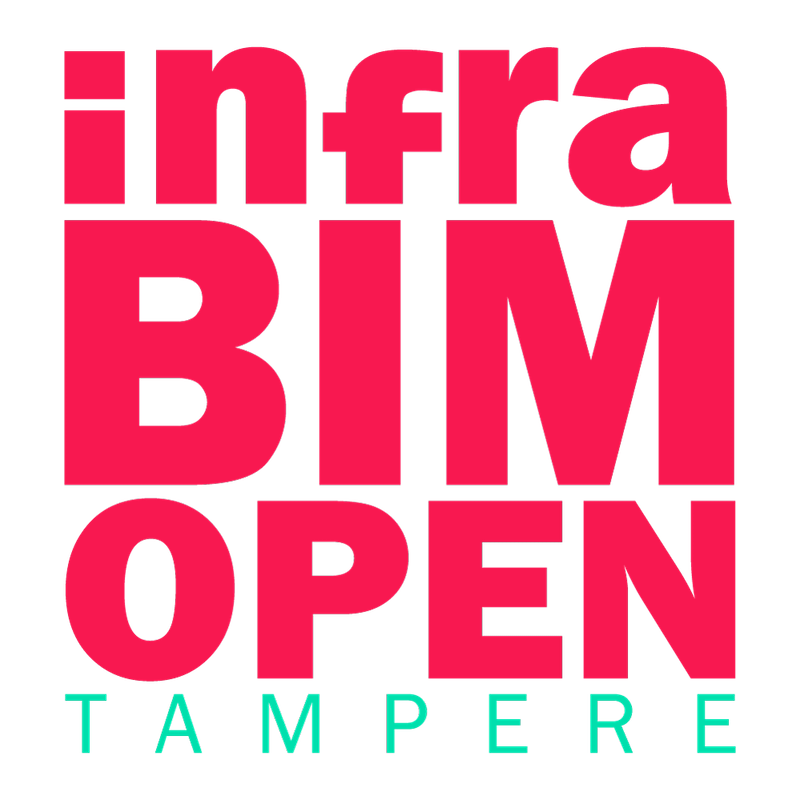 To meet A-Insinöörit in person and to learn more about the use of BIM in infrastruture construction, come to InfraBIM Open.

InfraBIM Open 2018 was the first conference in the world to focus on open infrastructure BIM. The event takes place in Tampere, Finland, on January 15-16, 2019.