Infrakit, a cloud service developed by a Finnish startup company, is accelerating infrastructure projects both in Finland and, increasingly, abroad. Automatic transfer of information among parties involved in a project saves time, reduces paperwork, and facilitates the work of land surveyors.  In addition to excavators, rock drills can now also be viewed on the map.

The CEO and founder of DSC Finland, the supplier of Infrakit, is Teemu Kivimäki. He states that despite the name of the company changing over the years, its principles have stayed the same. Kivimäki describes the functions of the service: “The digital site plans are added to Infrakit, and they can then be viewed on a map and in a 3D view with a browser. When the working machines are also linked to the service, the user can see if the work has been executed according to plan.”

The company was founded in 2010 and has since grown at an annual rate of 70 percent. Kivimäki says that Infrakit is being used on almost all large infrastructure projects in Finland, and increasingly on smaller projects. The user base is gradually spreading abroad – today, subsidiaries can be found in Norway and the Netherlands.

The idea behind Infrakit is to receive and distribute intelligent information about the progress of a project in a focused manner, in real time. For example, the driver of an excavator can use the screen of the control system to see much faster than before how much ground he needs to dig in order to reach the starting height. In parallel, the client can monitor the quality of the excavation in real time and approve it or request corrections.

Until recently only excavators have been linked to the service, but now also rock drills can be added to the map view. That is partly because Infrakit received KIRA-digi funding in the fall of 2017 for their project developing a digital process for rock excavation drilling, to replace the previous paper-based design process.

The pilot project was carried out in collaboration with Sandvik, with the goal of finding a way for the drilling units to communicate in Infrakit by using open interfaces.

As with the rest of the construction industry, productivity in the infrastructure industry has lagged behind other industrial sectors. According to Kivimäki, digitalization has significantly improved the productivity of infrastructure projects, even if there is still a long way to go.

Now it is also possible to link external surveying equipment to a tablet with the Infrakit field app. Kivimäki notes that because of this, the accuracy of the measurement is the same as with machine control. The foreman can use a tablet and an attached external GNSS receiver to check on the heights of structural layers, for example.

“We have also developed project file sharing style functions for Infrakit. These can be used to take photographs on the site that instantly appear on the map view of all the parties involved. Various kinds of PDF reports can be prepared about the site, for example, deviation reports and site journals.”

There is an ongoing discussion about when construction sites will become paper-free. According to Kivimäki, this is not the norm yet, since at the very least the plans are printed out and hung on a site’s office wall, even though information modeling and machine control have become more widespread in recent years.

Clients often demand BIM – planning of infrastructure projects based on information modeling –because it affords additional time for planning and also enables visualizing projects for residents, among other reasons. In addition, 3D machine control, which refers to a guidance system based on digital planning information, is often required for excavations.

Then again, there is still room for improvement.

“For example, work roles are in a transition phase, and the leading role of information technology is still being learned on project sites. One challenge is whether materials that are in an open format can be transferred flexibly to machines and devices.”

“The Inframodel format developed in Finland has made it possible to ensure that the materials delivered by the planner are fit for a particular site, though plans always need to be checked at the site.” 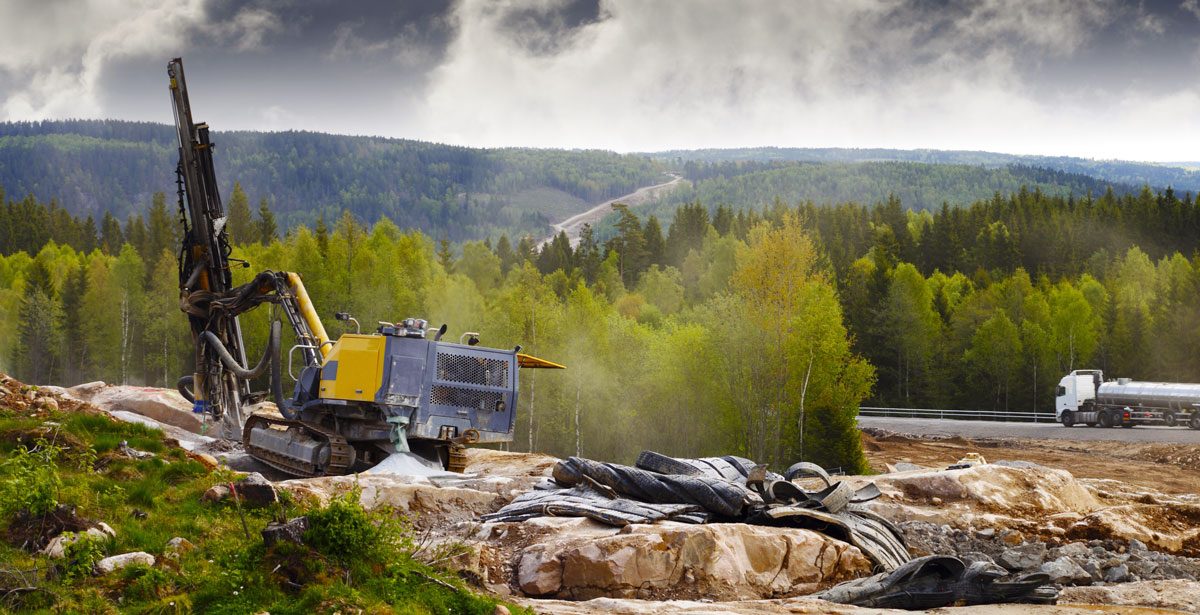 Same Information for Everyone

With the Infrakit cloud service, all parties on a project know what the others are doing, and the information on the server is the same for everyone. Faster transfer of information results in faster decision-making. Plus, each working machine has information about the latest materials, so the driver doesn’t need to wait for the surveyor.

Another clear difference is that the need for surveyors has been reduced. The chief surveyor no longer needs to spend time walking around the construction site; instead, he can manage the information models in the office and make sure they are delivered to the correct people. In addition, the foreman doesn’t need to wait for the surveyor to tell him where to place a well or a lamppost, for example.

Kivimäki concludes: “If the same work can be done in a shorter amount of time with the same employees, it of course costs less. On traditional infrastructure sites, the efficiency of a single excavation machine is only around 50 percent. On sites that are machine controlled and guided by information technology, the efficiency can reach 90 percent – basically, an excavator’s shovel is in constant movement.”

Learn more about Infrakit at World Summit on Digital Built Environment WDBE 2018, an event that will showcase a unique portfolio of ideas, projects, and businesses from the digital forefront of design, construction, property and real estate. The event takes place in Helsinki, Finland, on September 11-12, 2018.