The spring 2012 seminar by the Finnish Association of Consulting Firms (SKOL) was entitled “Innovation and know-how as success factors of the future”. One of the five presenters was Marco Steinberg, Architect and Director of Strategic Design of the Finnish innovation fund SITRA. He talked about the evolving role of innovation in design.

Marco Steinberg started by giving three substantial changes in the requirements for innovation:

To illustrate his point of view he recited a true story of an Italian town with a problematic swimming pool. People had ceased to use it and the authorities hired an architect because they thought that the reason was the poor condition of the construction. After studying the problem the architect came up with a surprising solution. The construction was certainly in need of repair, but the reason people avoided it was the new bus schedules: they did not coincide well with the opening hours of the pool.

Design is traditionally seen as form giving. Designers are expected to follow a specification and deliver a solution accordingly. In the world of large-scale, complex, and often conflicting systems and interests this is no longer enough.

In an earlier presentation Mr. Steinberg characterized design as a problem-solving discipline for synthesizing disparate issues, integrating through deep understanding, and visualizing complex, multidimensional problems. He sees design as a process that includes iteration, prototyping, and the management of the whole sequence from inception to implementation. According to Steinberg the problem must be examined through multiple scales, perspectives, and contexts.

Steinberg has extended the domain of design into strategic design, which gives form to decision making. In the SKOL presentation he visualized this idea with a funnel diagram. Traditionally designers are involved at the narrow end of the funnel, after the big decisions have already been made. The room for innovation is very narrow, and in the worst case you are answering the wrong question with a brilliant design. 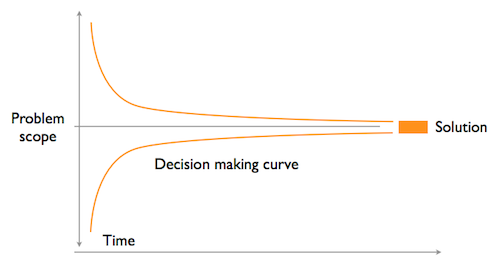 Strategic design is about “unpacking” the problem, creating several alternative funnels. Strategic design takes place before we are locked into a solution to the defined problem. 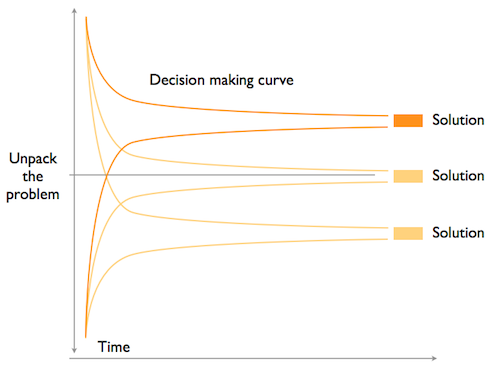 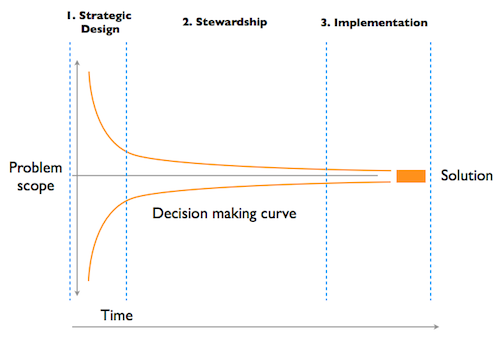 Innovation begins by asking the right questions. Strategic design thinking requires multidisciplinary dialog and integrated teams. This does not imply that innovation is a result of a consensus. Steinberg sees it as a major challenge, especially in Finland, that design is driven by a requirement to reach a consensus. This can kill killer innovations.

Illustrations by Aarni Heiskanen, based on original images by Marco Steinberg