Helsinki, the capital of Finland, has the world’s most northerly metro system. It was opened in 1982 and there is a single 21.1 km (13.1 miles) forked line between the city center and eastern Helsinki. The metro will have a western extension when the so-called West Metro opens in 2016. I had a chance to visit the underground construction site recently.

The construction of the western metro line started in 2009, after being seven years in the planning. The 13.9 km long line has now been completely excavated. The tunnel is 60 meters under sea level at the lowest point and goes under the sea in certain places. The new metro line will have seven stations, five of which are in Espoo, Finland’s second largest city bordering Helsinki in the west.

The project’s budget was estimated at 713 million euros in 2008. As is the norm in long-term construction projects, the actual costs will be much higher and will reach 1 billion euros. There are many factors that contribute to the 40 percent cost increase.

According to a local newspaper (Länsiväylä, January 17, 2014), there are 80 to 95 million euros of “extra costs”, but the rest of the increase is attributable to climbing costs in the industry in general. Weaker than expected bedrock explains a 40 million euro increase. Tighter safety regulations added 20 million euros to the price tag. The CEO of the metro company, Matti Koskinen, stated, “We are paying extra partly because the goal is to make the western metro the safest in the world.

The Site in Espoo

Our group walked down the service road to the metro tunnel in Matinkylä, Espoo. Before we could enter the site we were handed over the obligatory gear: a helmet, safety vests, safety goggles, and a pocket lamp. Boots and gloves were also required. If ID card printers had been used, we would have got our personal name tags as well. We had two guides: Juha Siimes of Lemminkäinen, the contractor, and Maija Wirman of West Metro. 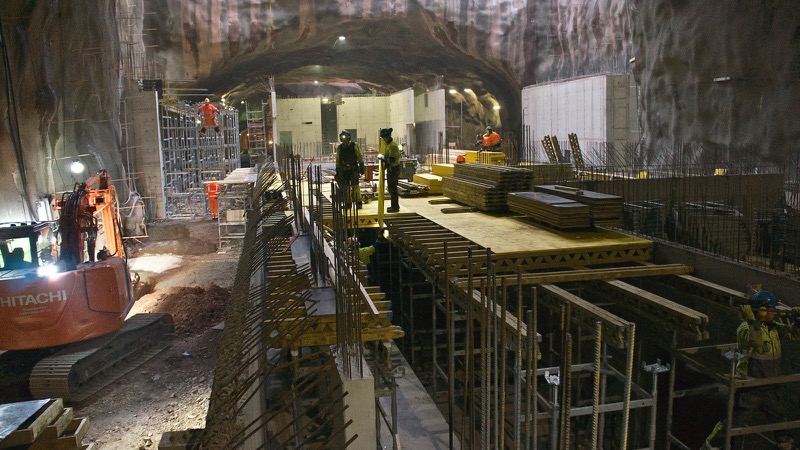 Matinkylä Station is 20 meters below sea level. On our way down, several vehicles passed us. In fact, there was quite a lot of traffic in the dimly lit tunnels. The floors were, fortunately, dry, so we did not have to wade in the water, as would have been the case in some other parts of the tunnel.

We walked onto the future station platform. Construction workers were building concrete molds of the 90-meter-long platform. Tunnels flank the station on both sides. The metro stations will each look very different, both underground and on the ground.

The West Metro was meant to be driverless from day one. However, it will be “semi-automated” at first, and fully automated by the end of 2017. The supplier of the automated train system is Siemens. Initially, trains will arrive and leave every two and a half minutes. After automation has been completed, the headway will be reduced down to two minutes.

When the West Metro is in full use, it will serve 170,000 passengers daily. That will have an effect on the number of commuter buses and cars that now fill up the roads between Espoo and Helsinki. Feeder traffic to and from metro stations will replace the direct bus routes. Espoo residents are known to prefer cars, but that may change if the metro proves to be as quick and easy as promised. 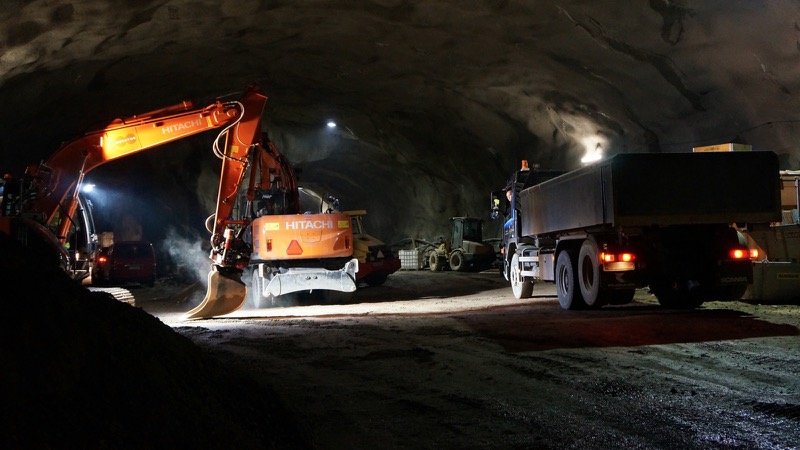